It’s been raining so hard and so frequently recently that it wouldn’t be a surprise to see Noah building his ark in the flooded valley and ushering animals in two by two. There are plenty about.

A lovely family from Watford came to stay with us over half term and for daughter Joss the farm, the nearby woods and Bristol Zoo proved to be “animal heaven.”

She met and helped feed the horses including our two cute Shetland ponies: watched our farrier shoe our horse Paddy; fed, collected eggs from our chickens and had some for her breakfast, and helped herd the cows to a new hay bale while our two dogs tore around the fields.

It was wet, muddy and exhilarating.

David, Becky and Joss also took their terrier around the local woods. Chepstow Park Woods is a former hunting estate of the Lords of Chepstow Castle and extends for 750 acres criss-crossed with paths and tracks without a road in between.

Last time I went around the outer paths of the woods with my dogs we saw deer crossing in front of us. That walk from the farm took about an hour and 40 minutes, and there are some great views of the Severn Estuary along the way but there are so many alternatives you can make your walk as long or as short as you want.

They also went to Bristol Zoo which is ideal for a visit on wet days as there are lots of areas undercover including 9 animal houses: Twilight World where you can see nocturnal animals, Aquarium, Bug World, Butterfly House and Forest Birds.

The ones that stood out for Joss were the Gorillas; the sea lions which can be viewed above and below water, and the reptiles and amphibians house which is heated to give a sense of the rainforest. She liked the python, chameleon and rhinoceros iguana.

In total, there are 400 species to see and learn about in a zoo which is dedicated these days to education and conservation.

Bristol Zoo is not far from Brunel’s famous Clifton Suspension Bridge. It will take you about 40 minutes to get to both from the farm.

Our other guests during half term were Olivia and Ines. They too enjoyed some local walks despite the rain but on one of their days with us they headed into the Brecon Beacons to the Llangorse Multi Activity Centre for horse riding. The centre, which is just under an hour from us, also provides indoor rock climbing and bouldering.

I love the area around Llangorse. The climb up Mynydd Llangorse and its neighbour Mynydd Troed on the edge of the Black Mountains give you wonderful views over Llangorse Lake and Brecon Brecons to the south.

The two mountains form part of the wonderful but very demanding Black Dragon Challenge from Crickhowell which I’ll be doing on the first weekend of April this year. I’ve done it 4 times now and it is one of the toughest hikes we do all year but the descent down the Dragon’s Back before we climb Mynydd Troed is truly wonderful.

Always happy to lead a trek if you are up for it.

Thanks for the photos David. 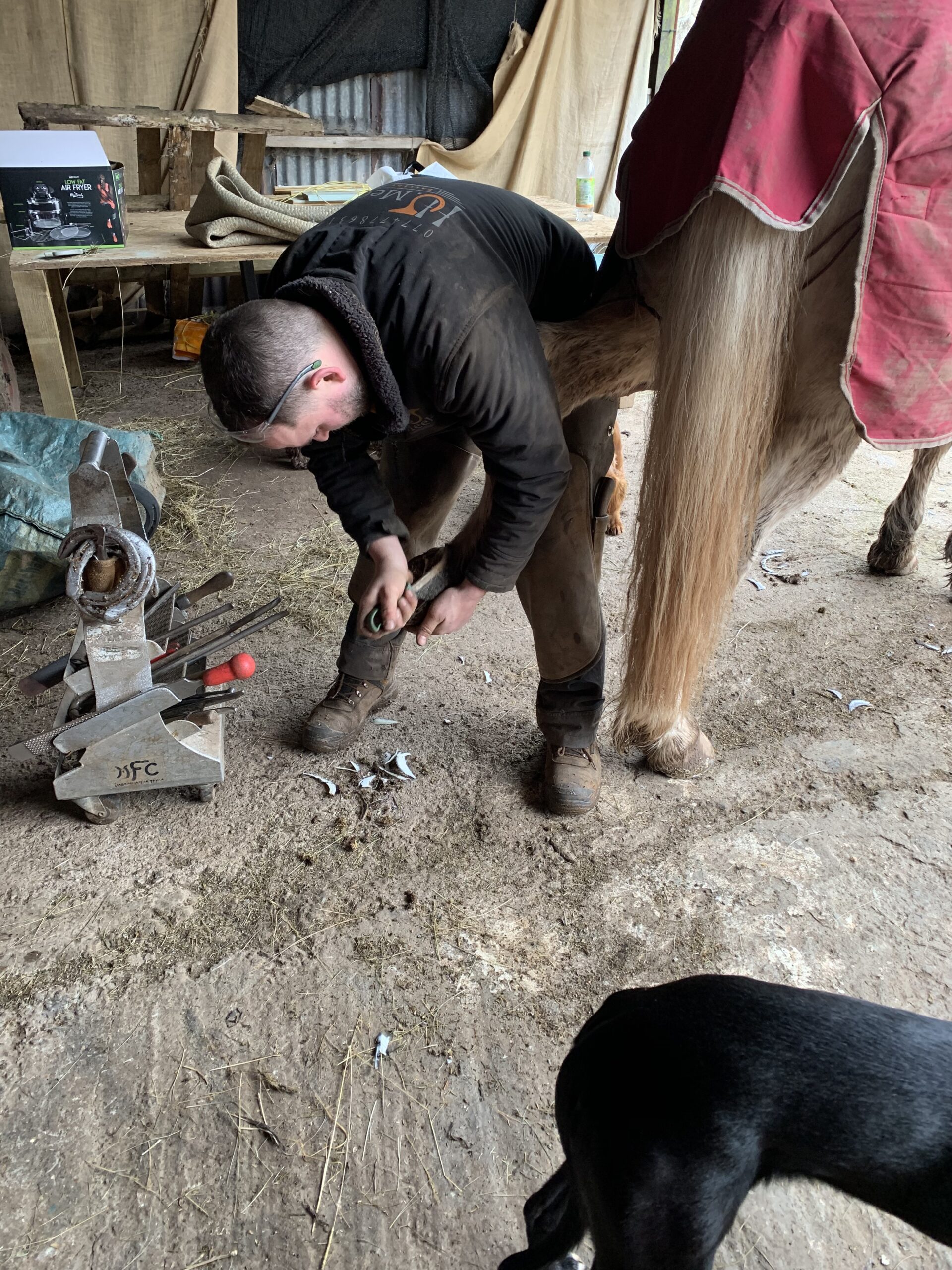 Watching our farrier at work 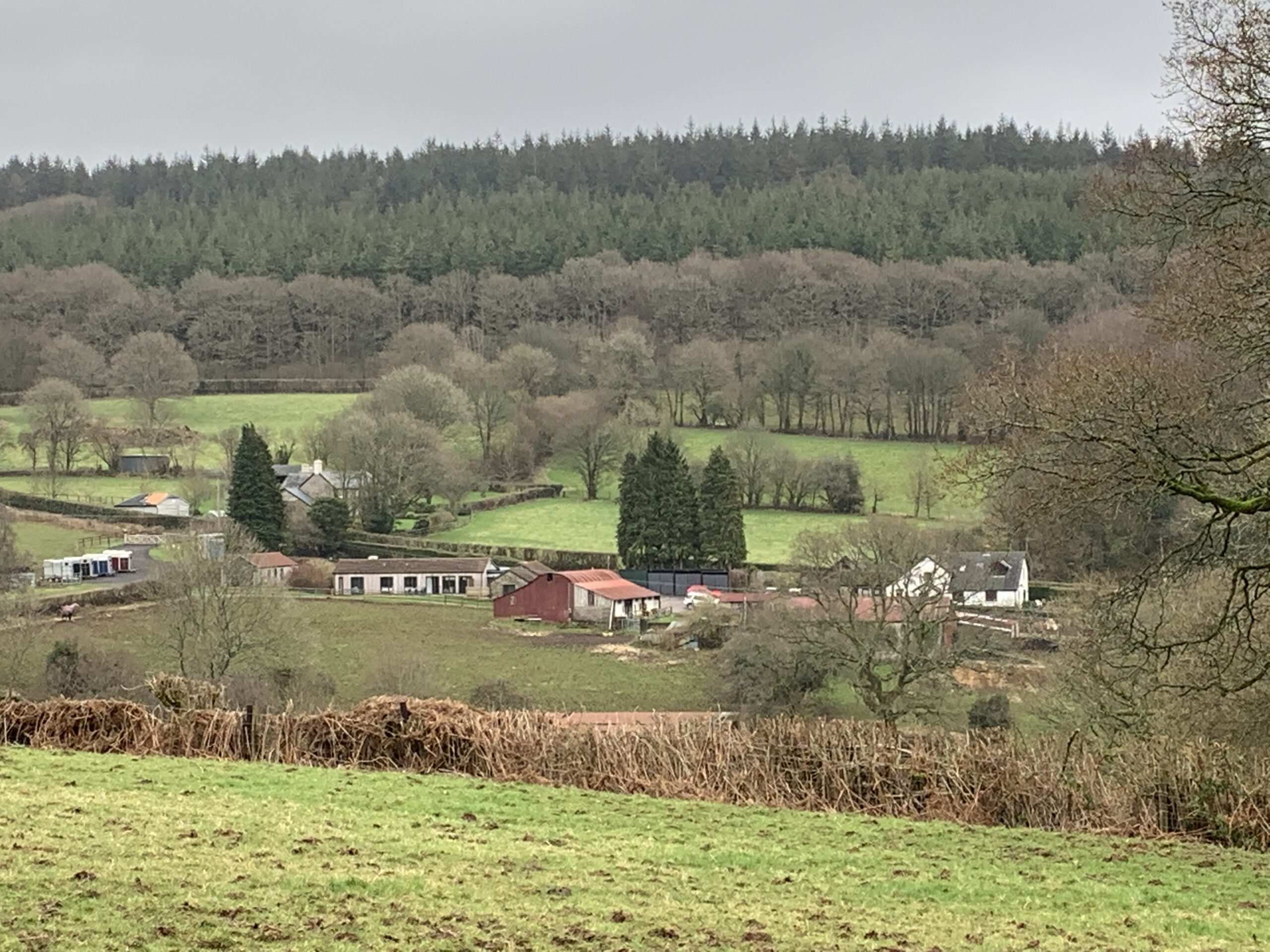